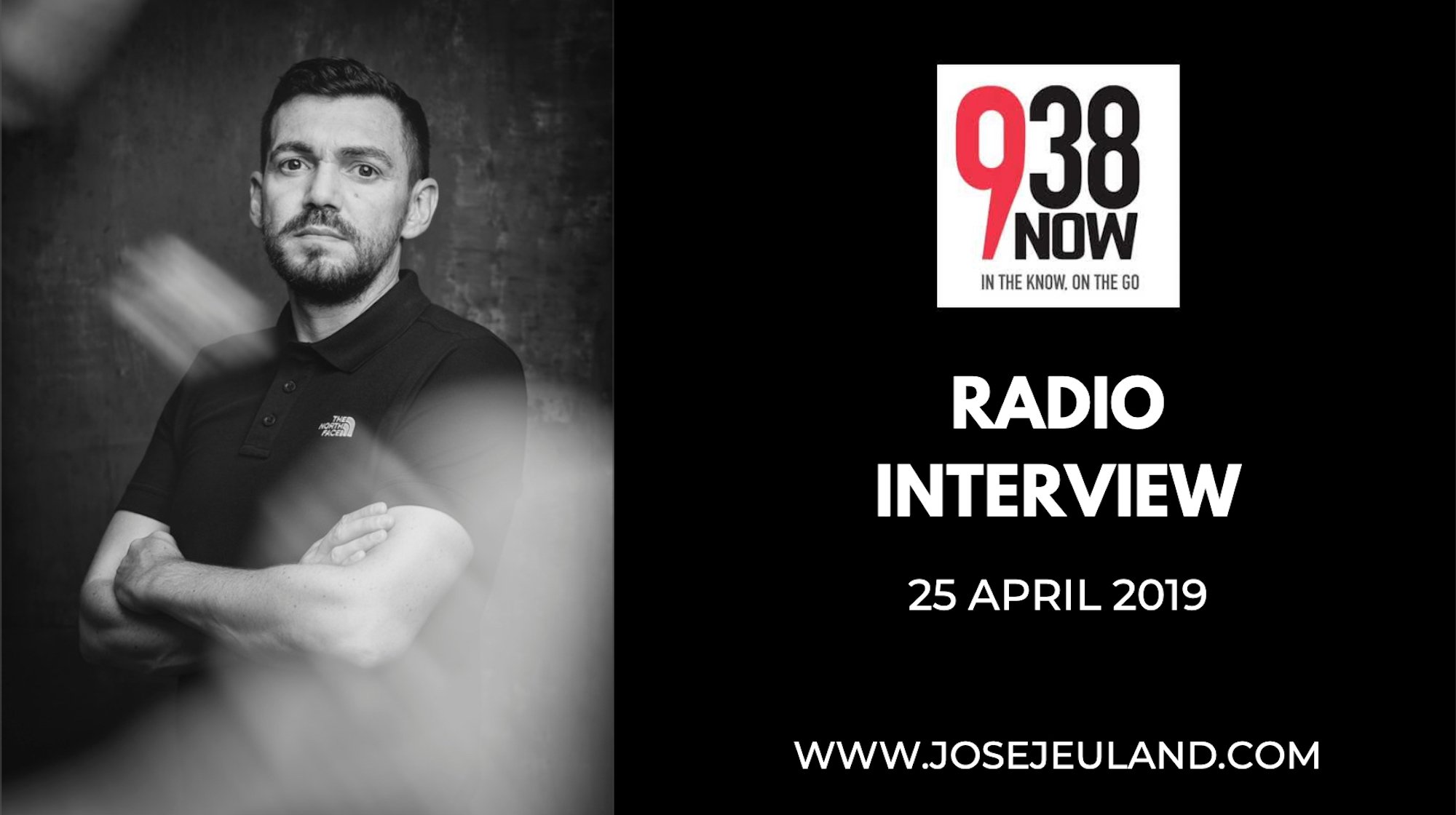 My radio interview with 938NOW Eugene Loh that happened on the 24th April 2019 and was re-play couple of times. 938NOW is an English radio station that belongs to MediaCorp in Singapore and is an eighteen-hour radio station that broadcasts news radio programmes.
It was not my first time having a radio interview in Singapore – the first one was with ONE FM 91.3.
It was a great opportunity to have a live phone interview on 938Now for to share my experience in this photography project ”Longevity Okinawa”.

Here is the full radio interview on 938NOW – Longevity Okinawa

The Transcript of the radio interview:

Pleased to share with you the written transcript of the exchange that happened between Eugene and myself below.

When did you become fascinated with Okinawa and the people, in particular the centenarians who lived there?

I read about it 12 years ago, but I was not a photographer yet and only doing sports advocate. I read the article about the health and longevity which was very interesting. This has always been on my mind for many years. So, when I became a photographer, I’m constantly in search for new subjects to photograph.

After my documentary about the women divers in JEJU Island, I decided to venture into this subject.

So you travelled to Okinawa to find these subjects? Were they easy or tough to find?

I started this project in 2017 which was 2 years ago. Before I tried to go to Okinawa, I tried to reach out to people via the internet and social media but we did not receive any answer. My wife Shanthi and me went to Okinawa and we started to ask people on the street to get contacts from different places. Each time we talk to somebody, we always enquire if they knew anyone that’s around 90 to 100 years old. This was one of the main channels for the first trip. Another difficulty we faced was the translation. However, week after week I managed to get more contacts and people really helped me for this documentary.

Besides the language barrier, was it challenging you know convincing your subjects to let you shoot them or is it something that they are quite used to it given their fame and all?

I think this project on longevity of people in Okinawa, I believe there is a lot of interviews done by locals but to have a foreigner photograph them may be something new. Some of the Okinawans were very excited to be photographed and share their story.

Some of the elderly Okinawan were shy. Sometimes one hour before we reach to the place, they start to be a bit stressed and sick. I think these were just excuses since they were anxious to get photographed.

In general, they are quite easy, very welcoming and interested to be photographed.

And what were your encounters with them like? I mean what are their daily lives like when you first met them.

It’s very different for each of them. Some of them live with their family where they chat and cook. Others do gardening every day. To be active, they go to the daily centre where they will play music and dance.

I’ve got an interesting story. The first person I tried to photograph in Okinawa was at a daily care. After setting up and the moment I took my camera, she started to cry. She got emotional because somebody from another country came to photograph her. I believe she don’t receive so many visits from her family. She then refused to be photographed. Later on, when I photographed some of the other subjects from the same location, she came and requested to be photographed. She was a very smiley elderly posing with peace sign. It was a very fun shooting experience.

Right, what was your approach like to shooting your subjects? Do you let them be spontaneous and random in their natural habitat? How much of pictures were deliberately sort of engineered?

For this project, I went two years ago and also this year. The first time was the most difficult because I have nothing to show them on what kind of pictures I’m doing. For my second trip, I have my little magazine for what I already shot the first time. I could show them exactly what kind of pose I want. On my second trip it was very natural to make them pose. The first time was a little bit more challenging because they don’t understand my project exactly. Some of the days I have no translator. I had to use hand actions to explain everything and what kind of pose I’m looking for.

For documentary, this was the first time that I tried to make in studio style. Usually when I do a photography documentary, I photograph people doing some activities.

This time round, it was really posed photography with set up.

So what was the easiest and quickest photo to shoot?

That’s an interesting question. I would go back to my first trip because I was used to using my backdrop and lighting set up. And after 4 to 5 snaps I know I already have the photograph. For the second trip when I went to few daily care, some of the elderly people were very excited about the photographs and after few seconds they already have the right pose and smile. So, my second trip was very easy.

What about the longest and toughest to shoot?

Not the longest shoot but one of the ladies I photographed on my first trip in Naha city is well known for being very active. She has been pictured by a few medias in the past as she gyms almost every day. She’s 99 years old. She can do exercise that young people might struggle to do such as squats, stretching and all these kind of exercises. I don’t want to be an opportunist and go to the place, shoot the pictures and leave. Usually I stay and spend some time to ask a few questions to know more about them. When I sat and asked how she was able to do a lot of exercise, she stood up and started to do all the exercises. I tried to stop her as all my gears were in my bag pack. She was not listening, and she did not stop. After a few minutes, I was the one sweating as I was rushing to be ready for the shoot.

Which is this picture that we can actually see of her?

For my first trip, all my photographs are in black and white because it was the mood and tone I wanted. My second trip I used a different camera and that is why I photographed in colour. For her, I have black and white pictures, but she is not in the exhibition because I already photograph large number of people. First trip was 15 people and second trip was 27 people. So for the exhibition, I could not exhibit every individual but it would be possible to see her on my website.

So, tell us more about this exhibition that’s ongoing right now at The Fullerton Hotel? It starts today right?

We launched it on the 18thApril and it’s open till the 30thMay. It’s my second time I’m doing a solo exhibition at The Fullerton Hotel. The first time was almost 2 years ago. This time round we have a total of 21 pictures to be exhibited with different format and  size. Some of the pictures are printed in giant size. Over 1,80 meters. It’s very impressive because you also have a lot of details. I achieved this kind of quality due to very high-quality printer and canvas from Epson and also medium format camera from FUJIFILM which is 51 megapixel. The details and sharpness can be seen when you look at the print closely.

I’m doing a short film documentary for the first time and you can view this film on the monitor at The Fullerton hotel.

Of course, for the secret to the Okinawans longevity, something that many people are obsessed about. So, during the time that you were there, did you manage to get any insights?

Before I did the documentary, I already had a few ideas in mind about why they are able to live so long. My first thought was the food. Food is a big part of the longevity because of the way they cook it. We need to know that when they live in the countryside, they all own their own garden which means their food is organic. They prepare everything on their own. Japanese food is known to not use too much oil or sauce. Another surprising point was their active lifestyle and activities to keep them busy. My biggest surprise was the connection between people. The people in Okinawa have a strong connection with their neighbours, friends and family that consist of different generations. These people are rarely alone. This is probably also one of the key points to live longer as you feel motivated to do something every day.

Thank you  for the opportunity!

It was indeed a great opportunity to speak about Longevity Okinawa Photography Exhibition on the radio.
Would like to thank COCO CREATIVE STUDIO & COCO PR and Communications for clinching this opportunity for me.
Please head on to :https://www.youtube.com/watch?v=kDFvKRgeelQ to hear my radio interview.